Have you ever wondered why there are times of a Stock Market Corrections or Crashes in America and what caused it to happen? 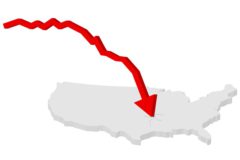 Did you know ever since America became a country there have been about 47 recessions and of which about 23 were stock market crashes?

The Great Depression started October 24, 1929 (Black Tuesday) and the economy reaching bottom in March of 1933 followed by the recession of 1937 and finally start of an upward trend in 1938. 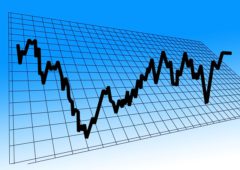 If the business and/or service are priced high but people are willing to purchase for less then either the price must come down or buyer must pay more. If there is no compromise or no negotiation then there will be no sale made.

In today’s market where the internet plays a major role in commerce, the business must be willing to be more flexible on what it charges or risk losing out to its competitors. This gives the buyers more leverage in shopping for the best bargain or the best deal.

So, would it be the stock market trading shares or the business and the consumer agreeing to a sale, when the supply and demand are kept fair all parties are satisfied with the transaction. 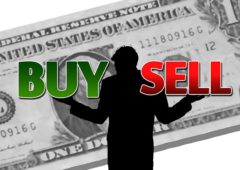 How then could simply buying and selling cause these ups and downs, panics, recessions, and crashes in the stock market and create havoc in our economy?

Well, would you believe me if I told you the character of the people are the cause of all this problem and not the business earnings, commodity prices, bank clearing and/or any other economic or financial factors? 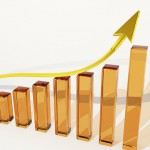 When the stock market is rising and the economy seems healthy and prosperous (Bull Market) the character of the people start changing. People become spoiled and lose their thankfulness. They gradually seek for extravagance, become inefficient, indifferent, dishonest, greedy, opportunistic, selfish, immoral and corrupt. People stop to service or do for others (selfless) and start thinking and doing for self (selfishness).

Businesses put profits ahead of consumer, customer, and client. Forgetting their obligations to the people that brought the prosperity. They become unfair and dishonest to their employees. They become too proud of their actions and decisions to see their faults. 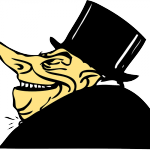 Employees do not put in an honest day of work and complain about their dissatisfaction toward their employer. More concerned with helping self-benefit with little effort of labor. Neglect the most important “service” for their customers which brought them prosperity.

During the period of prosperity, the character of the people changed from better to worse and the stock market reflects their attitude from better the up and then to worse the down. Then all of a sudden with no warning signs from the market there’s a mad sell-off and in the blink of an eye resulting in a crash. No one saw it coming even the most expert financial or economic analyst could have ever predicted it from happening. 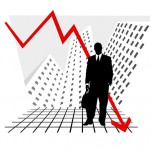 But the signs were there prior to the crash. People start chasing the stock market and more specifically individual stock. They fear the stock is going to take off leaving them behind and the urge takes over the impulse to buy. Every time when the stock goes up they lose control to their impulses and buy. Each time the stock goes up there’s an impulse to chance because the fear of losing out outweighs the risk of loss.

The majority of the shareholders panics during the free fall and in a matter of seconds prices fall dramatically lower. Sellers outweigh the buyers by the greatest of margins. Every action the people make the complete opposite happens all in a matter of seconds throughout this trialing day. Only to be followed by the same volatile market the next day less dramatic but still punishing.

After all, is said and done, the majority of the people that sold lost as much as 50 to 90 percent of their money and for those that have not to sell their stocks suffered losses in value as much as 90 percent.

All because of our character.

Entering the time of Depression. 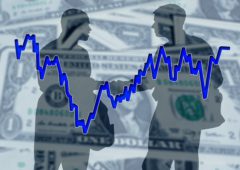 During the depression character of the people changed from worse to better. People become humble no longer proud and gradually change from extravagance to thrift, become efficient, honest, moral, ethical, giving, helpful and fair. People start believing in service to do for others (selfless).

Employees are gratified with their employer and become team players. They are thankful for their jobs and puts in an honest day of work. No more neglecting to service their customers who brought prosperity to them and to our country.

During Black Monday, I worked for an Insurance company where my mutual funds’ clients took a beating. Then during the Dot-com bubble, I was a day trader and I lucky survived. Lastly, during which I call the real estate bubble 2007 I had shares that took a beating and I am still holding to this day hoping it will recover.

It’s been over 10 years since our last crash. How do you see the character of the people presently? Where do you think we’re presently closer to prosperity or depression?

Thanks for sharing your time with me and hope this page to be a value for you. Don’t forget to leave me a comment, I’ll be more than happy to hear from you.