Having to deal with the emotional pain caused you by others and especially by your loved ones are not easily forgotten and forgiven. These emotional experiences could leave a big imprint on our lives. 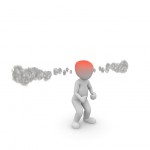 These emotional experiences we go through, to some, it may seem silly but to others, it may have a damaging effect and can be a constant lingering reminder.

Even the most minute action can cause a devastating reaction. If only would have thought things through before reacting but after the fact, it’s too late and there’s no second chance or a do-over to make things right.

In most cases, the harmful decision that was made cannot be taken back and always remain as an unceasing mental note.

When my older son was about 1 1/2 years old there was this relative who stayed with us for a while. And whenever she would see my son she would reach into her purse to give him a candy. So, our son got used to getting candy from her whenever she was around and identified her purse as the source of all the goodies.

Then one day this relative caught my son reaching into her purse and forcefully snatched the purse away from my son. With anger in her voice, she vocalized “What are you a thief!”, and startling the child. Unknown to her was my wife watching the whole incident as it was unfolding.

With eyes, wide opened she accused our 1 1/2-year-old of thievery. Never in a million years, would she have thought: “Could I have been the source of this outcome?” She goes on to tell my wife “What would have caused this immoral behavior?” and how shocked she was by this occurrence.

Intentionally or unintentionally acting as if she was clueless to her contribution and as far as she was concerned she was guiltless. No one could have convinced her otherwise.

Then several years later when my younger son was about 4 years old we again had a similar experience with another relative.

Whenever we had a family gathering at my parent’s house this relative was unfailingly there as if she was a permanent resident of the house. This person would always have candy and the children, my two sons and my sisters two children would gravitate to her as all little children will do for candy. 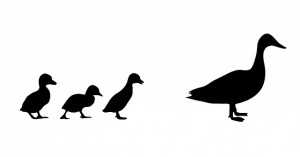 day she was the center of attention for the children. The kids will be following her around all day long trying their best to please her with hopes and expectation for more goodies.

Sadly to say, for my wife and I she had her favorites and they were not our boys. Her favorites were my sister’s kids and throughout the day, she will entertain and treat them with her goodies.

As for my sons, our older son would pick up rather quickly on people and would immediately distance himself away from her. But our younger boy would do whatever possible to get noticed and get her attention.

Our younger boy, has always been and is still to this day, cannot take no for an answer. When his mind is set on something he will wear you down until he gets his way. The more this relative focused on my sister’s kids the more our younger son would try to get her attention.

Until finally, my wife and I would have no choice but to pry him away from them.

This relative would do this every time when she was present and to make things worse she would say to my wife “Why is your son not leaving me alone?” He is constantly following me around all over the place.”

Which brings me to ask. Are these people that empty-headed? Where they don’t realize by tempting and bribing little children with candy will result in not being left alone.

I am sure that I’m not alone on this. There are people that we just don’t seem to see eye to eye on things. Their method of how they live their life would always aggravate us and they perceive us as equally aggravating and just to be fair life is a two-way street.

Regardless of how wrong they are, they will never admit even to the most minute possibility they could have been the cause of the issue.

In the end, it comes down to either Their Truth or Our Truth and then there is the Real Truth which all parties would never agree to.

So, have you ever thought of taking revenge and wanting to put them in their place? I sure have, but don’t. Because there is a fine, fine line between revenge and fighting till the bitter end for the truth and ultimately even the most ethical, honest and righteous person would be equally wrong and guilty.

Here’s how I learned to deal with the situation. I’ve learned to understand the difference between being afraid vs being disgusted.

When we’re walking down the street and we see a pile of dog poop we don’t get afraid of it, rather, we are disgusted by it. So, we walk around or over it to avoid stepping on it. We don’t run away from it by screaming as if we are going to be eaten alive or be killed. 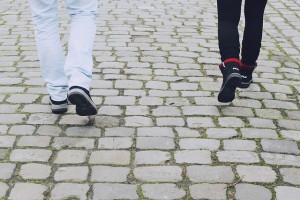 Same goes for these people that could never do no wrong… When we realize that their character is like the poop they’ve piled up for themselves, we don’t need to confront the pile of poop but peacefully walk around, over or away from them and avoid stepping on them. At no time, are we afraid of their poop. And if you take a moment to think, it even seems comical and silly to be confrontational with a pile of poop. Right?

It took me many years to fully understand that some people you just cannot change and will never agree with. So, I’ve learned it”s best to walk away in peace.

I’ve learned, through this process I could overcome the pain others cause me regardless it was intentional or unintentional as they say.

I don’t want to lie to you by saying I never want to take revenge. I’m no angel. Rather walking away in peace that I know I can do. There are those few still to this day I cannot forgive, then I realize that I’m not afraid of them. I’m just disgusted with their filth and immediately I’m brought back to reality.

Thanks for sharing your time and if you want don’t forget to leave me a comment.