Here are some little facts about heart attacks that will wake you up and cause you to consider making some changes to your life for the better. 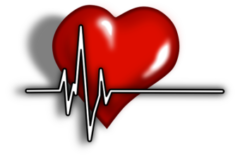 Excluding the winter holidays, more heart attacks and sudden deaths occur on Monday between the hours of 5 A.M. and 10 A.M. than at any other time and day of the week.

According to researchers, a flood of steroid hormones develops in working people on Mondays and for this reason, the risk of a heart attack is greater on Mondays for men by about 20 percent and for women by about 15 percent.

Monday morning is like a ticking time boom, blood pressure is highest in the morning, cholesterol is higher and blood is thicker and platelets want to clot in the morning.

In numerous studies of diverse populations collected over the years, scientists have found that death-related heart attacks follow a pattern during the week. They are at their lowest on the weekends, vaults greatly on Mondays, and then drop again on Tuesdays.

This data led scientists to conclude that Monday is the most traumatic day of the week when it comes to risk factors for a heart attack.

Are you ready for this? All this is due to and to put it in layman’s term is STRESS. 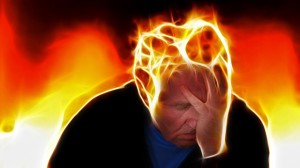 Millions of us are waking up in the morning on Monday preparing to return to work and dreading the start of a brand new week. To return to a place where we just hate being around and are miserable doing unfulfilling and meaningless work.

Having to deal with bosses that are too demanding and with workloads that seems to be endless. For many of us, unfortunately, we are to blame because we got ourselves accustomed to working just enough from not getting fired and doing just enough from drawing attention to ourselves.

We want to make a change in our lives but the fear of change and failure stop us from even considering the thought.

If only we can overcome our self-doubt and lack of confidence to set free of our dreams and ideas to come to life and how great would that be.

But for now, our dreams and ideas are dormant for days which become weeks and weeks which become months and then blink of an eye its years and decades.

As Les Brown, a motivational speaker puts it:

“Most people take their greatness to the graveyard.

The wealthiest place on the planet is the graveyard it is not the gold mines or the various places in the world or the diamond mines.

The wealthiest place in the planet is the graveyard, because in the graveyard we will find inventions we were never ever were exposed too, ideas, dreams that never became reality, hopes and aspirations that were never acted upon; because most people allow that inner conversation for whatever reason to keep them from ever pursuing their goals.”

We must consider utilizing this wealth that we have within us. The ideas and the dreams that can fulfill our lives. Would it be getting rejuvenated with our present work or making a change by utilizing our dreams and ideas to start something of our own. Because the consequences of stress are far more costly versus getting rejuvenated with our work or starting something new.

Then the first thing you must do is to get rid of all the Toxic people in your life.

Stop associating and start distancing yourself from these people. 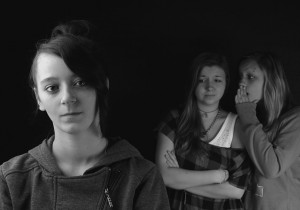 They are the ones that thrive on your failure and failure of others. In the workplace, they are always negative and are never satisfied.

They are the ones that are always grumbling and whining how hard everything is. They complain to their coworkers and talk about grievance toward the company and the management. They can’t stop gossiping in the workplace causing friction against coworkers and against their employer.

Keep in mind that one rotten apple can spoil the whole barrel.

They are like cancer undetected and spreads throughout consuming and killing off all the good and in the end including themselves. Don’t get caught in their trap because before you realize they will bring destruction for all.

Be warned, this type of cancer is contagious.

Toxic people will cause your blood pressure and stress level to rise. Don’t let these toxic people add to your stress level adding to an already stressful work environment.

Toxic people will bring out the worst in you. Flee from toxic people and escape from a toxic relationship.

Next, surround yourself with positive, thankful and hardworking people. 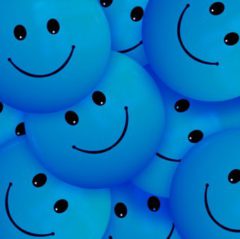 People that are willing to help you, listen to you, be honest with you and truly care about your well-being.

But most importantly do it for yourself and pursue your goals, dreams, and ideas.

More from the scientists: People who are generally happy and calm have fewer heart attacks than unhappy and stressed individuals.

Thanks for sharing your time with me and don’t forget to leave me a comment. I’ll be more than happy to hear from you.